Today, through promotional video, Beelink published the first renders of the upcoming new Mini PC. The new Mini PC will probably be called GTR or GT-R, it is difficult to say exactly because both names appear.

However, one thing is certain Beelink introduces a lot of freshness to the Mini PCs market. In addition (as you will read later), in addition to great components and efficient specifications, the new Beelink GT-R also catches the eye with its design.

What revelations can we find in the new Beelink GTR / GT-R Mini PC?

On the front panel, we will find a microphone, power button, CLR CMOS button, 2x USB 3.0, Headphone jack, USB Type-C, and another microphone. They are on the back: DC jack, 2x Gigabit Ethernet, 2x HDMI ports, Display Port, and 4x USB 3.0 ports. That’s right GT-R Mini PC supports four displays. The Mini PC has two fans for evacuating hot air, as well as many openings in the housing for ventilation.  In addition to the Beelink logo on the top cover, there is a fingerprint reader in the right corner for logging in. Mini PC runs on Windows 10.

More one the Beelink’s video.

At the moment there is no information on availability and price, there is still no confirmed specification. More one the Beelink GT-R Mini PC product page. 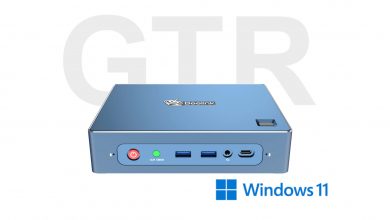 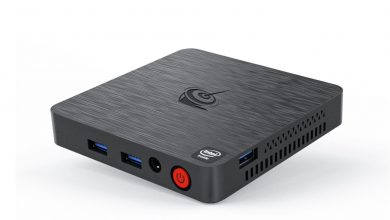 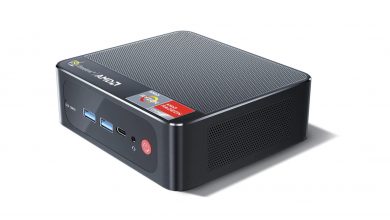