Beelink GT1mini-2 is the latest TV Box form Beelink brand powered by the new Amlogic S905X3. Will the new GT1mini-2 TV Box with the new S905X3 SoC works the same or better from identical Beelink GTmini-A? You will find out from this review. We encourage you to read the Beelink GT1mini-2 review. Together we follow the standard stages of our review.

I want to say thanks to Beelink brand (Shenzhen AZW Technology Co., Ltd company) for sending us a Beelink GT1 Mini-2 to review.

The following video from our YouTube channel where you can take a look at more Beelink GT1mini-2 TV Box and bundled accessories.

TV Box is also solidly made of good quality plastic. Compared to GTmini-A TV Box, the top cover in addition to the standard Beelink logo has embossing. Ports in the same places as in other versions. On the front panel is an IR receiver. On one side there is a USB 3.0 port, USB 2.0 and TF card slot. On the rear panel are DC jack, Gigabit RJ45 Ethernet port, HDMI 2.1, and AV port. At the bottom of the device, there are also 2 rubber strips to prevent shifting, holes, reset hole, and information about the serial number.

Beelink GT1 Mini-2 also comes with the same 2.4G wireless remote control with an air mouse feature. Voice Remote Control works well. Recognizes voice commands without any problem. Just press the button with the microphone symbol and say the command. All you have to do is put the USB receiver in the USB port at TV Box (Works with other Android TV Box).

GT1mini-2 Review: Impressions from the use

The launcher is known from other TV Boxes from Beelink, you can also display the feature bar.  Resolution of FHD 1920×1080 (1080p 60Hz) but you can also adjust the preferred resolution or set the auto switch. TV Box works stable, but sometimes, you feel the delay in access, for example, to the application. Unfortunately, we can already tell you that TV Box requires optimization and firmware update.

First of all, there is a problem with WiFi and Ethernet, more precisely with the speed of Wifi. Download – 19.89Mbps Upload –26Mbps (works too slowly on the dual-band WiFi 802.11ac standard). We were also unable to check, with any previously used application for testing Internet speed, to test connections via Ethernet (Gigabit Ethernet). You need to install the AirScreen application for Miracast.

In addition to the bluetooth remote control with voice feature, we used a standard keyboard, mouse, and a gamepad from iPega called iPega PG-9076 (paired via bluetooth).

Unfortunately, TV Box only supports YouTube FHD (1080p) and Netflix up to 540p (we have installed the Netflix version v4.16.1). To tests video playback we installed the latest Kodi 18.3 “Leia”. Of course, you can play in games (PUBG, Beach Buggy Racing, Asphalt 8 ect.) without a problem just connect gamepad or keyboard. We used iPega PG-9076 gamepad (paired via bluetooth). Below some screenshots.

The GTmini-2 TV Box runs on the Android 9.0, Kernel version 4.9.113. The TV Box comes with firmware build number 101P0. TV Box is equipped with new Amlogic S905X3 processor with 4x Arm Cortex-A55 @ 1.91 GHz and GPU Mali-G31 MP2, CPU speed between 100MHz and 1.91GHz. On the following screens, you can see exactly the components used and their specification (Information taken from the CPU-Z app, the application does not yet recognize Amlogic S905X3 SoC). After using the DRM info (app) we know that GT1 Mini-2 TV Box only supports Google Widevine, and not supported HDR (High Dynamic Range). The device also has root access. Below screenshots.

For testing, we use the AnTuTu Video Tester 3.0 app and AnTuTu Benchmark 7. 2.0.

The following table of video samples tested for Kodi 18.3. TV Box plays the video on YouTube only in 1080p.

Beelink GT1mini-2 with S905X3 SoC has great potential, otherwise it requires optimization. Too slow Wifi, no possibility to test the ethernet speed, minor bugs, Youtube only 1080p (Netflix can be skipped), and weaker benchmarks are not satisfactory. After all, it’s not bad, but we hope that the new update will bring a lot of improvement. 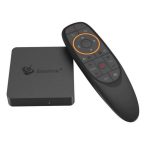 BUY ON GEARBEST
BUY ON GEEKBUYING 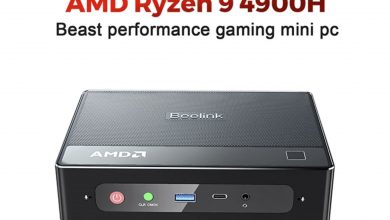 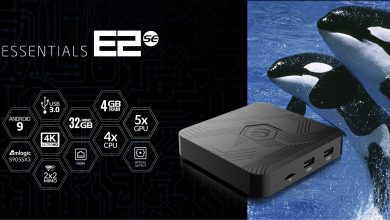 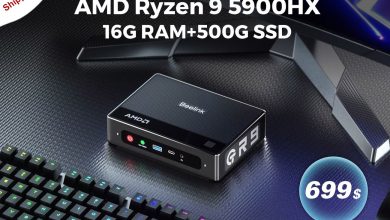 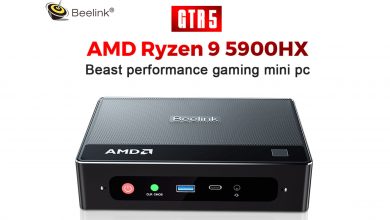