For the first time about BBC micro:bit and the plans of the BBC for UK schools you could read at the beginning of July. Now BBC delivering micro:bit devices. The BBC micro:bit is a small programmable device with 25 LED lights on the front, several buttons that you can press to interact with the machine in different ways, and sensors including an accelerometer and compass. The system also supports Bluetooth Low Energy connections. The idea is to give kids a device and the tools to program it, and see what they come up with. 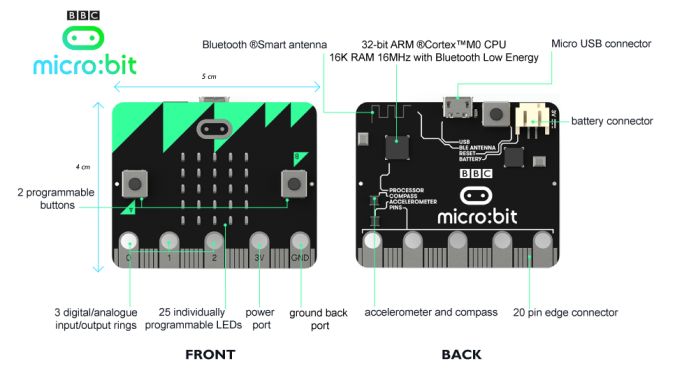 Students aged around 11 or 12 are getting the devices, and some early projects have included creation of a thermometer that measures temperature changes as a balloon flies into the stratosphere, measure the speed of rocket-propelled model cars, or measure the height of items thrown while juggling. There are other small, inexpensive single-board computers that can act as full-fledged desktop PCs. Plug a keyboard, mouse, and monitor into a Raspberry Pi, and you’ve basically got a desktop computer. You can’t do that with a micro:bit. 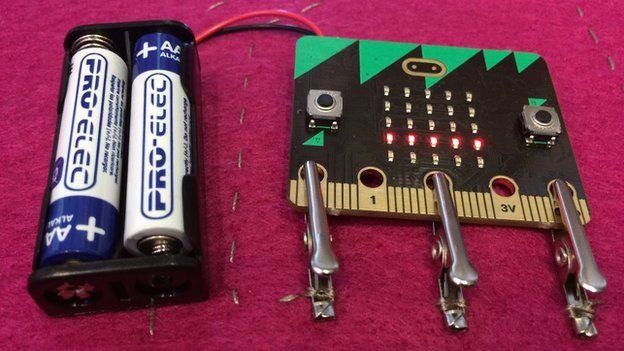 Interesting things about this project is that the BBC isn’t giving the devices to schools, it’s giving them to students. If you have kids in the UK, the BBC is giving the board directly to young students, i.e. they don’t belong to the schools, so you might be able to play with it at home. Companion website hosting multiple code editors and tutorials, plus video guides to get kids started.