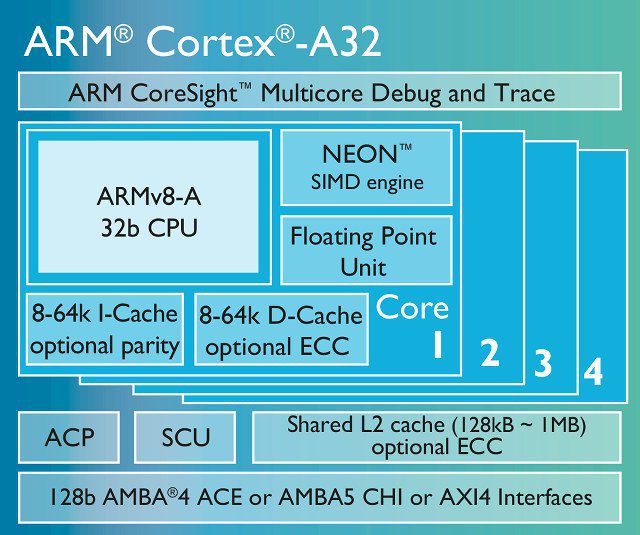 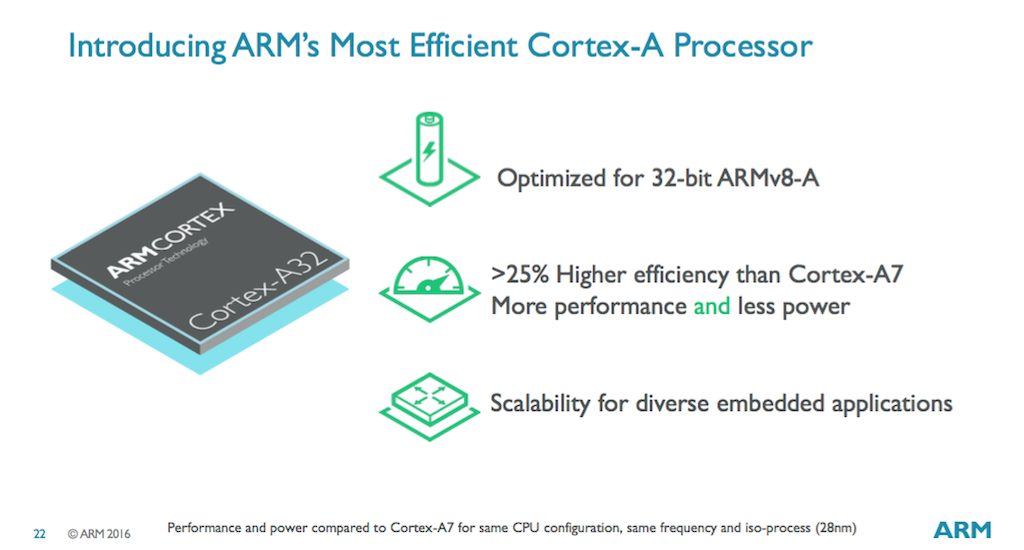 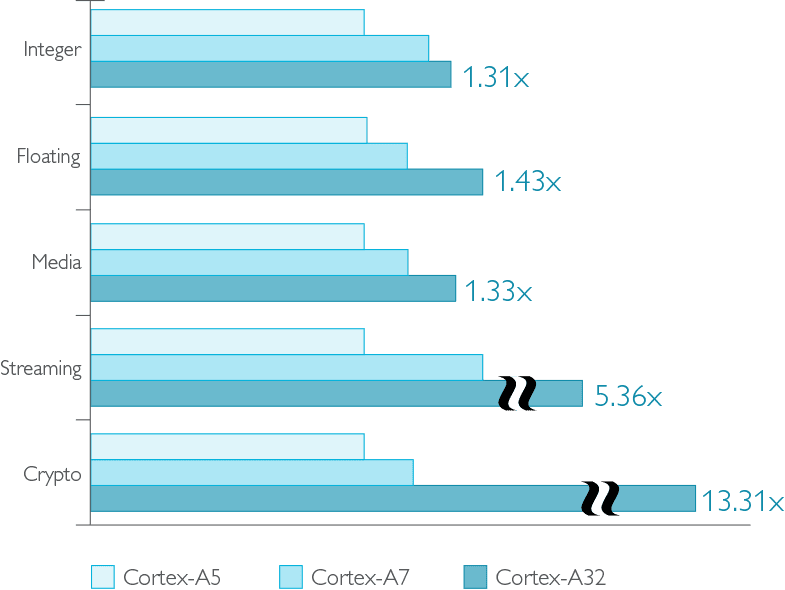 To highlight some key micro architectural improvements in Cortex-32 compared to Cortex-A7 and Cortex-A5 processors: 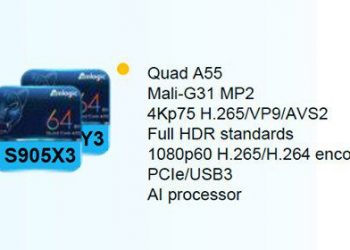