at Computex 2015 in Taiwan, Acer unveiled one of the most unique Android tablets that we’ve ever seen caalled the Acer Predator 8, this atypical tablet is aimed at mobile gaming fans. 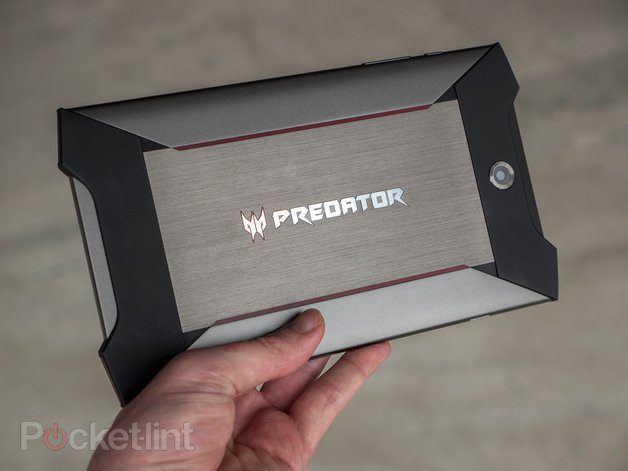 The brains of the operations is an Intel Atom x7, a 14nm-built chip that comes with a quad-core processor clocked at 1.6GHz (goes up to 2.3GHz in Burst Mode) and a 16-core eight-gen Intel HD Graphics GPU. Acer Predator 8 comes with four speakers integrated in each of its four corners, and you’re not likely to miss them, as each of these corners is colored bright red and sticks out a little from the body. The back of the Predator 8 is built out of multiple panels made out of various materials that come together at aggressive angles. 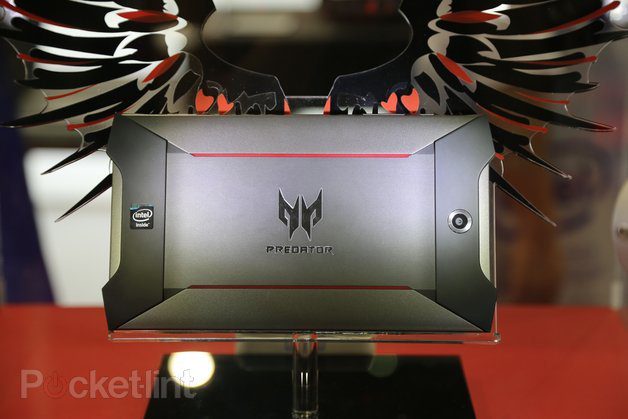 The Acer Predator 8 looks very much like a gaming laptop in terms of style, except that it’s a tablet. The Predator 8 design features multiple sharp angles, straying far off from the traditional design of Android tablets. Predator 8 gaming tablet, leaving many questions unanswered, such as the amount of RAM, the resolution of the 8-inch display, or the price of the tablet. The Acer Predator 8 is scheduled to launch this winter.